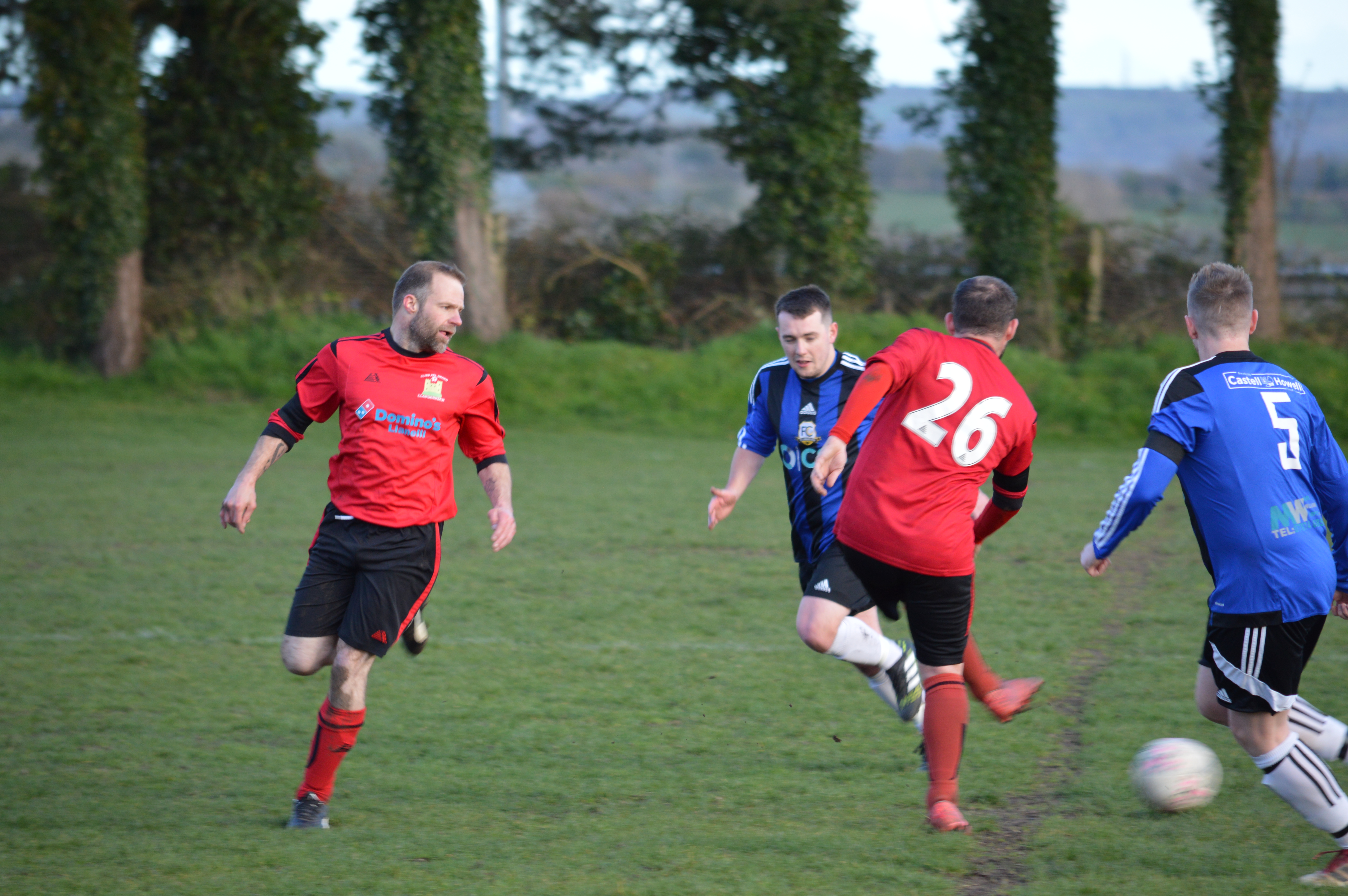 Going into the match, Llangennech knew that three points would secure promotion.  Anything less would leave our fate dependant on other team's results in the upcoming weeks.

Before the match, both teams held a minutes silence for FC Carmarthen captain, Paul Rees who tragically lost his life the previous week.  FCC were playing their first league match since his death.

Due to an injury, Jonathan Dakin had to replace Player/Manager, Nathan Mcauley after just five minutes.

Both sides had half chances in the early exchanges but the first clear chance came from the penalty spot after Nik Maguire was fouled for Llangennech.  David Lewis slotted the ball under the goalkeeper on 38 minutes.

In first half injury time, FC Carmarthen won a penalty of their own and duly equalise to set up a tense second half.

Thankfully for the home crowd, Llan started the second half very brightly and were ahead again just three minutes in.  Nathan Jones' pass set David Lewis through on goal to secure his second of the match.

David Lewis was a constant thorn in the FCC backline and secured a hat-trick from Nik Maguire's assist after 68 minutes.  He was then replaced on 74 minutes by Daniel Evans.

In the 82nd minute, the substitute Dan Evans had a goal ruled out for offside.

But Llangennech finished strongly and the scoreline finished 3-1.  Llangennech are back in Carmarthenshire League Division One for the first time since 2013.