Saturday 21st November saw us play our first set of fixtures since 7th March as Return to Play protocols allowed inter club friendlies for the first time.  We round up the action here... 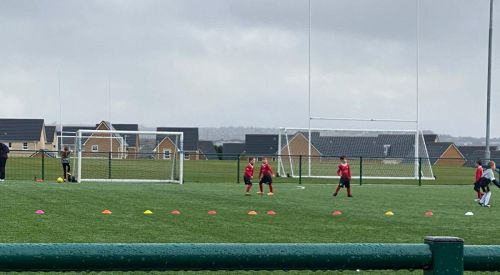 In action on Saturday, our under 7's travelled to play Loughor Rovers at the 3G facility in Cae Duke.  The team line up was:  Evan, Bobby, Theo N, Theo K, Josh and Eddie.  Coach, Mike O'Mara praised the team's effort.  "I can't really single one person out.  They played really well as a team.  They all worked hard in defence and going forward."

Charlie Kinchington's under 9's side also played at the same venue.  Charlie exclaimed "It was amazing to see everyone get back out there in so long.  It was amazing and a joy to see everyone having fun again on the pitch."  He went on "Special mentions today for  lola for opening the pitch and Ioan for making super saves."  The squad this week was:  Charlie, Macsen, Efan, Lola, Alfie, Ioan, Oscar, Jack, Makia and Lexi. 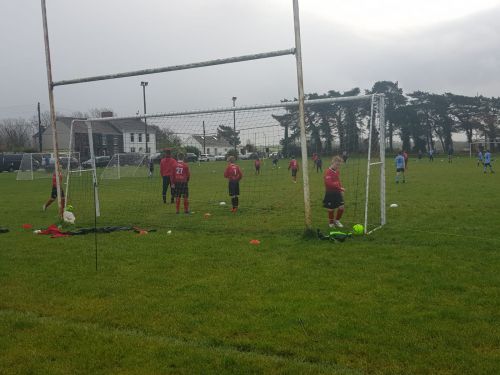 The under 11's were first to play at a Covid secure Llangennech Recreation Ground.  Coach, Nathan Mcauley commented "A great team performance against a very organised Drefach team.  A lot of positives to take from the game especially a well worked team goal.  It was good to see the team still improving and that Covid hasn’t hindered their progress."  The squad was:  Gethin, George, Gruff, Harlyn, Jack J, Jac N, Keaton, Mason, Oliver, Rhys, Steff and William.

Our under 12's fell just short at home to Pontarddulais in an entertaining game that the visitors won 5-4.  Team coach, Justin Williams described "An impressive hat-trick was scored by Noah Jones, while Llangennech played some attractive football.  They were unlucky not to have the opportunity to equalise in the last minute."  The squad included:  Cai, Dylan E, Dylan F, Jack, Ollie, Noah, Sam, Steff, Tom, Ronnie and Junior. 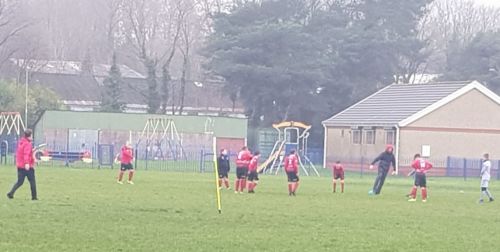 James Hughes' under 13's side played Loughor at Llangennech.  A terrific start with some great football saw Llangennech take a 1-0 lead through Ethan Hughes.

After a bright beginning they were rocked by two long range goals and went in 2-1 down at the break.

They created opportunities in the second half but in pushing forward to try and get an equalised were punished by 3 late goals on the break.

Hughes was encouraged and stated "There were lots of positives to take from the performance." 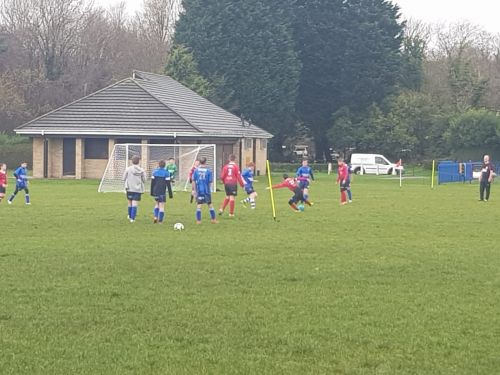 In the senior section, our seconds were the first opponents for a newly established senior side at Hendy.  Llan’s philosophy of “football for all” was never more on show than on Saturday with club debuts for both 39 and 16 year olds.

Llan dominated the opening 20 minute spell but the opening goal came against the run of play for Hendy with their first meaningful attempt.  An equaliser came not long after but the home side’s long ball tactic paid off as they went into a 3-1 lead.

The following phases saw Llan dragged into a feisty affair that suited the opponents, the “friendly” tag not really taking anything away from a typically brutal derby.  Llan nicked two goals before half time going 3-3 into the break.

Another dominant start to the half saw Paul and Dai Thomas notch their 4th and 2nd respective goals putting Llan in a commanding 6-3 lead.

Substitutes were introduced to shore up and give balance to the 4-3-3 formation, including 16 year old Harry Baker entering the fray to make his debut at right back with an assured display.

Eventually some complacency and a boggy surface that worsened by the minute resulted in some lapses in concentration at the back which led to Hendy - reliant on their kick and rush strategy - getting 2 goals to bring a nervous last 10 minutes.  Llan had their own chances to put the game to bed, however held out for a deserved 6-5 victory.

In the afternoon at Llangennech, the first team welcomed CAFL Premier Division side, Loughor Rovers.  The visitors dictated the tempo of the early phases and Llan had to ride this spell out before eventually creating the most chances of the first half.  They were however caught with two counter attacking moves to go 2-0 down.  Alex Davies' powerful strike seemed to be giving Llan the momentum going into half time but a penalty for handball was converted by Loughor who regained their two goal advantage.

Loughor stretched their lead in the opening minutes of the second period after some hesitant defending of a cross but it was pleasing to see the positive and inventive play leading to further chances being created for Llan.

James Taube's run from right back ended with a low cross to debutant Sam Wilson.  The striker fainted to shoot on his right before finding the net with a left foot strike.

A fifth goal for Loughor had us cursing as the ball deflected off the turf when it looked to be heading straight into keeper Robinson's hands.  The type of goal that you only see at our illustrious home ground.

Nathan Mcauley had the last say on the score line though as capitalised on a fortunate deflection landing at his feet from Tom Harris' effort.  With the keeper trying to recover from his first dive, Mcauley had to react quickly to prod the ball in.

Manager, Martin Williams added "It was a very good test for our lads to play against a good side.  We want to be playing at that level more regularly and so we know we have to improve.  I was pleased with our positive play and it's good to be back."

Everybody's thanks go to the club's volunteers who made a safe return to play possible.  Particularly Daniel Price for the amount of administration work required in advance; Natalie Price who oversaw the entry gate and arrangements for the junior matches; Senior Fixture Secretary, Kate Mcauley; Rhian Williams who saw that the toilets could be safely opened if needed; Nathan Mcauley, Emyr Williams and Martin Williams who are also part of our Covid compliance team; all our team coaches, parents and of course, players for following the guidance.  We'd like to commend all our opponents for their understanding as well.  Thank you all.