62 players across six teams represented Llangennech this weekend as the U6's and U7's made their return to matches since the nationwide lockdown.

Our youngest age group returned to post-lockdown games this weekend, in what was only their 2nd round of fixtures all this season.

U6 - U8 football is played in festival style but the restrictions prevent them from rotating to play different opposition, so it doesn't quite have the desired effect. However, all involved were happy to be back out on the page and getting the little ones up to speed as quickly as possible.

We had 2 teams involved, out of 6 in total, and it was great to see smiles on everyone's faces as they simply chased a football around their pitch for an hour. Despite the lack of game time this season, the boys learnt what it took to score a goal with multiple scored by each team. 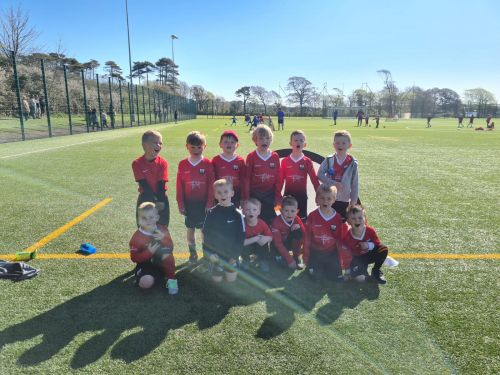 Six players represented out Under 7's this weekend as they returned to play in a festival-style competition at Coleg Sir Gar.

Playing five games, everyone played very well and kept going right to the very end of the last game.

Coach Mike O'Mara said, "The boys were great. It was good to see them back playing after such a long time away." 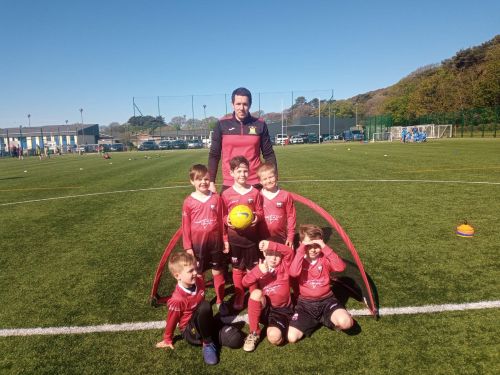 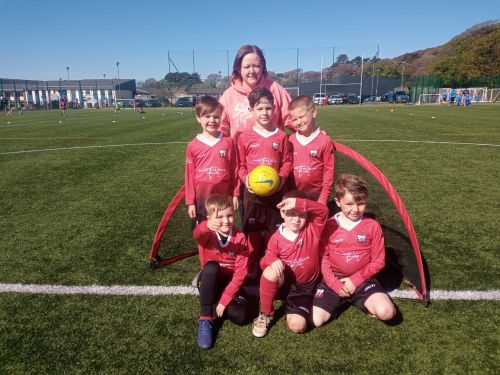 Our under 9's faced a very strong Evans & Williams side this weekend as 10 players took to the field.

The players did themselves proud, scoring against strong opposition. Coach Charlie said, "There were very good performances all over the pitch which was pleasing to see."

Our U10s continued with a game against Camford at Penygaer fields this week, playing at 11:30am Saturday morning.

After the expected difficulties of our first game back last week, the boys took on board all feedback and the hard work from their training session Monday and put on a scintillating performance for parents, who were able to watch from the public areas of Penygaer fields, socially distanced of course.

The football on display would have done Pep Guardiola proud and the only negative was some tiredness late on and the number of times we smashed the posts rather than the back of the net.

A goal apiece for Jayden and Rocco and we move on to next week. 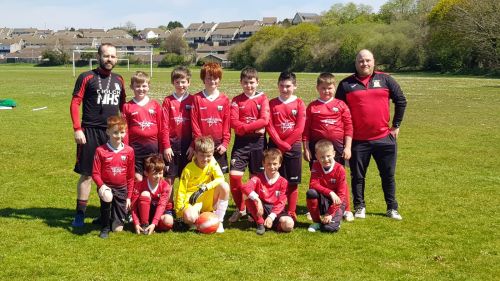 The U11's faced a Pontarddulais side that was out for revenge after the last time out against Llangennech.

It was great to see 11 players take to the field for the U11's and Mason bagged himself a goal.

Facing Evans & Williams in a physical battle. The U12's played some very nice football this weekend and were unlucky not to win the match.

Ending in a 1-1 draw, Llan's goal came through Ronnie G, who caused the Albies defence a lot of trouble throughout,

A late Junior N header hit the bar as Llan were unlucky not to win the match. But a pleasing performance and something to build on for next week.