The penultimate game of the season for our youngest at Coleg Sir Gar and what a difference in the 10 players after only 4 weeks of games.

There was plenty of energy, lots of running, loads of tackles and an understanding that to score goals you need to shoot!

Many goals scored this weekend and shared amongst nearly all 10 players involved. A couple of the boys needed a boost to their confidence and we're so pleased they've had time to find it before the season ends. 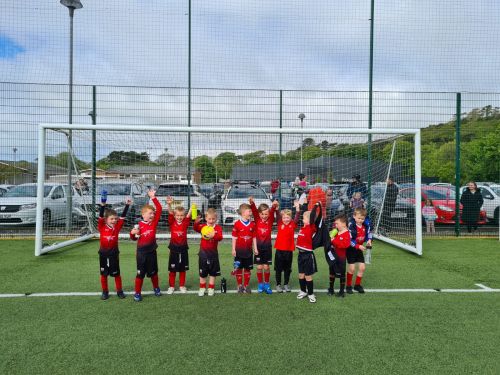 The U7's competed at another Coleg Sir Gar festival in their penultimate game of the season.

Coach Mike O'Mara said, "The boys enjoyed playing today. They were unlucky not to get more out of some of the games and did their best all over the pitch."

Well done to all involved.

Our U7's wanted to pay tribute to nine-year-old, Jordan Banks who tragically lost his life this week while football training with his local team. Our thoughts go out to Jordan's family at this time. 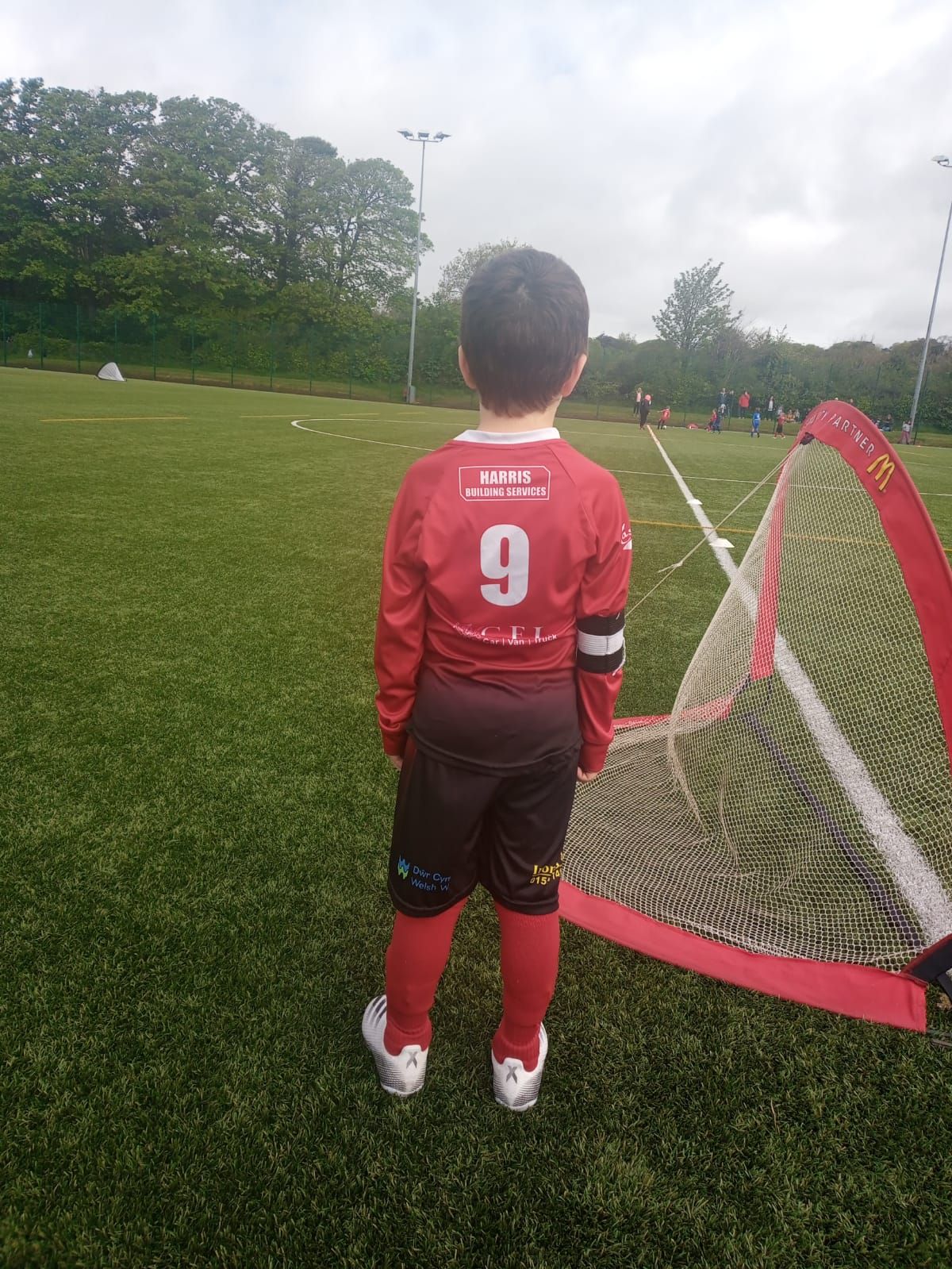 Our U9's travelled to Gorseinon this week in a tough battle.

Coach, Charlie was impressed with his team's attitude and commitment to playing their style of football. This being a key factor in the 2 goals scored by the team after a strong performance.

It is clear that the team are learning from training and are taking skills into matches, producing high-quality performances.

Another early start for our U10s this week, against Camford Away at Coleg Sir Gar.

Unfortunately, the boys admitted to leaving their football legs in bed this weekend and really struggled to get going but still plenty of positives when they did have little outbursts of energy.

The biggest positive was the players themselves identifying where they were lacking and knowing how to put it right next time out. Great maturity from such a young team on the back of a poor year and smiles all round yet again.

Playing against Pontarddulais this weekend, the U11's did not have any trouble finding the back of the net.

Finding themselves meeting their high standard again after a poor performance last time out, the U11's scored some superb team goals.

Curtis Roberts said, "It was a solid performance which was needed after last week. It was great to see their reaction today and they can be proud after that performance."

Curtis awarded Jack J with 'man of the match' after some dazzling runs on his way to recording a few assists. While Gruff at the back put in an excellent performance himself.

The U12's faced Evans & Williams and were again unfortunate to find themselves on the wrong side of the scoreline.

Despite the result, Llangennech put in another good performance in a match that they could have got more from.

The Albies defence stood strong, only conceding one goal after all of Llan's pressure. When Noah J hammered home.

A bare 11 for Llangennech meant that the fitness levels showed towards the end after Evans & Williams extended their lead, coming out 3-1 winners.

There was a debut for Gethin T of Llangennech who put in a very good performance.

Friday night saw the U13s line up against Burry Port.

The game was in three periods of 20 minutes and in the first Llangennech showed consistent improvement and had some good chances though it ended goalless.

In the second period, Llan missed two great chances before being caught on the break for a goal against the run of play and then conceded a penalty before a third killed it off.

Llangennech recovered some pride in the final period winning a penalty to see the game finish 3-1.

Some really good performances in this game and things are starting to look very promising.

Another positive weekend for the club as 73 players played in Llan colours.