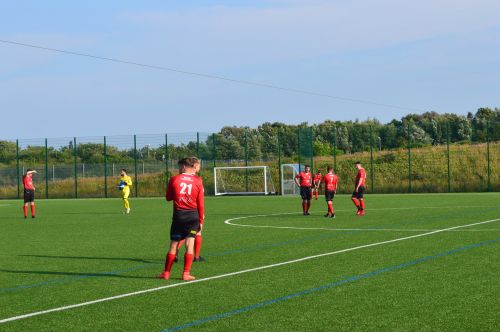 The 2021/22 season is well underway with our first team competing in the Carmarthenshire Association Football League (CAFL) Division 1. While our second team have kicked off their CAFL Reserve Division 2 campaign with a win at Tumble.

The seconds will play their first home game of the season tonight as Kidwelly Reserves make the trip over to the Llan Siro for a 6.15pm kick-off.

Llangennech Reserves kicked off their league campaign with a convincing 4-1 victory away at Tumble on Friday, 30th July. At the end of the first half, a ten-minute spell saw Llan score all four of their goals, including a Liam Fry brace. (Watch highlights here)

Like Llangennech, Kidwelly Reserves also began their league season against Tumble. Despite a brace from Kidwelly man, Zachary Reynolds, they ended up on the wrong side of the scoreline. Scoring five second-half goals, Tumble took the game away from Kidwelly, finishing 2-9.

Here is the second team squad to face Kidwelly Reserves this evening. 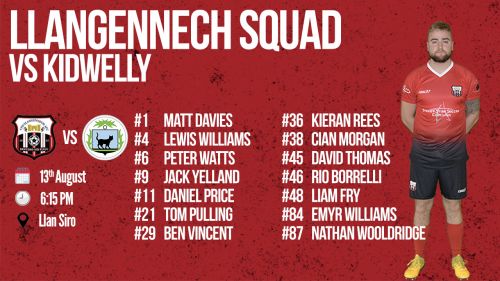 A blast from the past

It is coming up to five years since an opening day classic between Llangennech and Kidwelly took place at Llangennech School (Watch here). A TWELVE-goal thriller!

The first team are looking to build on last Friday’s victory against the league leaders as they travel to Drefach on Saturday afternoon.

Gavin Williams and Alex Davies were the goal scorers in a dominant display from the home side. Taking Llangennech to four points from their opening three fixtures. Watch highlights of the first team securing their first win of the season here.

Drefach meanwhile, have played just once in the league so far this season. Travelling to Llandeilo, Drefach were defeated 6-2. Darren Baker and Trystan Bateman were the scorers for Drefach and might be danger-men for Nathan Mcauley’s side to look out for.

Nathan Mcauley has named a 15-man squad for the trip to Drefach tomorrow. Liam Griffiths is set to make his Llangennech senior debut after returning to the club in the week. 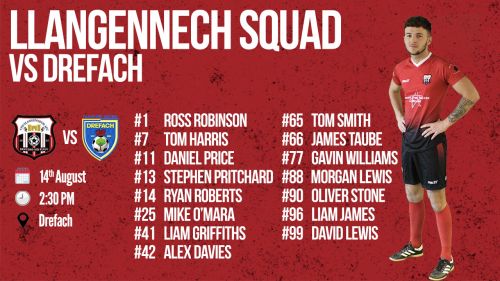 A blast from the past

Drefach were the opponents in the 2017 Darch Cup final where Llangennech won 4-2 to take home the silverware. A memorable day for the club! (Watch highlights here) 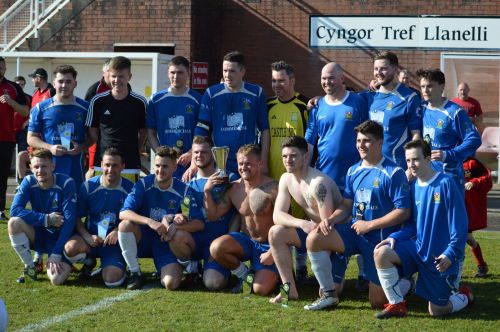 Llangennech travel to Drefach tomorrow afternoon for a 2.30pm kick-off.