Competitive football returns for our junior sides, two girls teams represent the club and there are Friday night fixtures for the second team and the A team to look forward to this weekend! 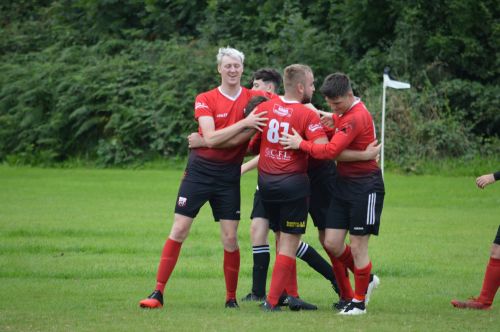 The seconds currently sit top of the table with four wins from their opening four matches. Most recently defeating Felinfoel away from home two weeks ago. First senior goals for Harri Baker and a wonderful finish from fellow youngster, Adam Evans helped Llangennech to win 3-1 with a rotated side.

Camford meanwhile, occupy 2nd place in the division, so an early top of the table clash is taking place at the Llan Siro tonight. Scoring 18 goals in their opening four games, it’s clear that Camford aren’t lacking any attacking threat and will provide a tough challenge for Llangennech. Most recently defeating Pontarddulais ‘A’ 8-2, Camford come into this fixture having won three of their four fixtures and drawing the other to Kidwelly.

The two first teams of both clubs have met twice already this season, with Camford winning the first fixture and Llangennech coming out on top at the Llan Siro (watch highlights here). Reserves manager, Chris Evans will be hoping for another victory at the park this evening as it’s set to be a close encounter between the two sides. 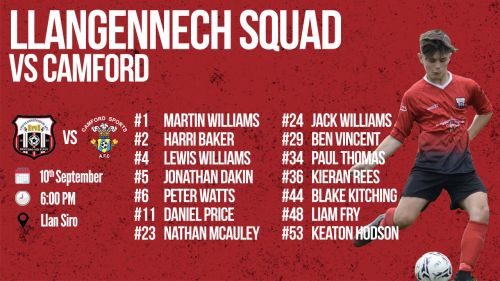 The first-ever third senior team represented by Llangennech have got themselves off to a solid start to the new season. Drawing their opening fixture against FC Carmarthen before emphatically defeating Pontarddulais ‘B’ 9-0 on Tuesday Night. They now look ahead to their trip to Burry Port this evening, looking to continue the form from Tuesday.

Burry Port meanwhile, had a difficult start to their season, losing their first four fixtures. Although they seemed to put that behind them in midweek as they defeated Crown Park Suburbs reserves 4-0. A brace from Jack Tompsett helped Burry Port on their way to the convincing victory.

A team boss, Emyr Williams will be hoping for a performance matching the one from Tuesday night and has named a 14-man squad as the A team search for their second victory 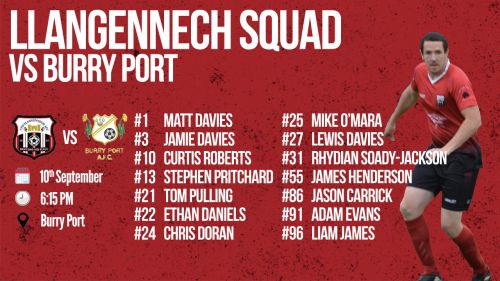 Competitive action returns for our boys teams this weekend! The U14’s host Johnstown, U13’s take on Ammanford and the U12’s will play Bont Ravens this weekend as all three junior boys teams begin their league seasons.

It is also a proud weekend for the club as two girls teams will play this weekend. The U12’s girls host Camford on Sunday afternoon and the U8’s will compete in a mini-festival at Neath on Sunday morning.

The other two matches involve the U10’s who take on Evans & Williams in a friendly at Penrhos on Saturday morning. With the U7’s attending a mini-festival set up by Albies which will be played at Coleg Sir Gar on Sunday morning at 9am.