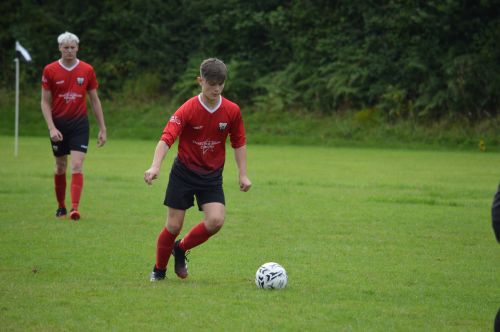 The first team will look to put their recent poor form behind them as they take on Tumble at the Llan Siro this weekend.

A 6-2 defeat at home to Abergwili means that Llan are now without a win in three games and will be looking to amend that record tomorrow afternoon.

Tumble come into the fixture off the back of two recent defeats against Pwll and Felinfoel.

Ahead of tomorrow’s clash, both sides are currently on 10 points in the league with Tumble having played an extra fixture.

After two draws in their last two fixtures against Camford, the reserves maintained their unbeaten start to the season and the top spot in the division.

For the third week running, they will take on the side occupying second place. This time the reserves host Dafen at the Llan Siro and will look to give themselves breathing space at the top of the league by picking up three points.

Dafen have won four and drawn one of their opening five matches and currently sit just one point behind Llan with a game-in-hand. After strong performances against Camford, Chris Evans will be hoping his side can go one step further this week and pick up all three points.

It will be the second of two games at the park this Saturday with the reserves playing immediately after the firsts. Get yourselves down to the Llan Siro for an action-packed Saturday afternoon!

The ‘A’ team found it tough going against a strong Bwlch reserves outfit last week, a side who will definitely be at the top end of the table by the end of the season!

The third senior team will look to bounce back this week as they take on a Pwll side at Penyager who have had a mixed start to their campaign, winning three and losing four of their seven games.

Emyr Williams’ side will look to find some of their earlier form from this season after big victories against Pontarddulais ‘B’ and Burry Port ‘A’.

The U11’s, U8’s boys, U8’s girls and U7’s will all compete in mini-festivals this weekend. With the U11’s at Penrhos, U8’s boys at Coleg Sir Gar, U8’s girls at Neath and the U7’s are heading to Llanelli Cricket Club.