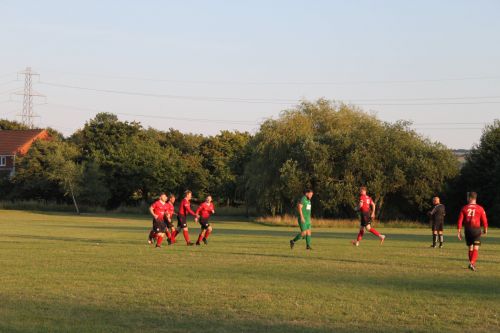 An action-packed weekend ahead for the club as 18 teams are in action with the junior league season getting underway.

The first team take on Caebryn, who are top of the league after two wins in their opening two games, most recently with a 4-2 win against Carmarthen.

Llangennech currently sit in 7th place having suffered a defeat on the opening day and following up with a 2-1 win against Tumble.

Nathan Mcauley will be hoping to build some consistency ahead of a long season and has named a 14-man squad for the fixture against Caerbryn: 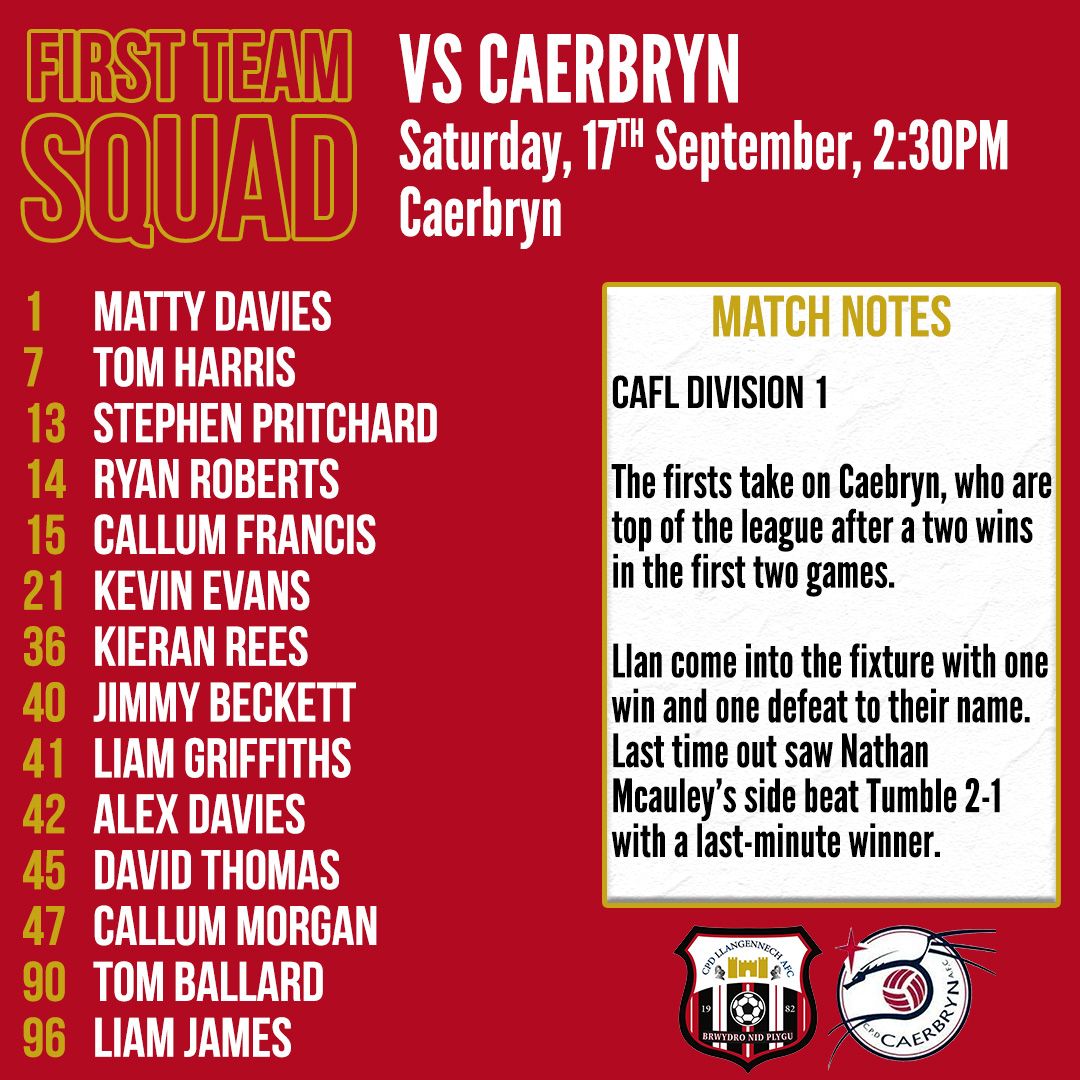 The reserves sill make the trip to Burry Port for a late kick-off tomorrow at 4pm.

Chris Evans' side will be hoping to build on their 4-4 comeback against Pontlliw. David Lewis inspired an incredible second-half comeback for Llan with a hattrick. Coming back from 3-0 down at half-time.

Chris Evans has named a 13-man squad for the trip to Burry Port tomorrow afternoon: 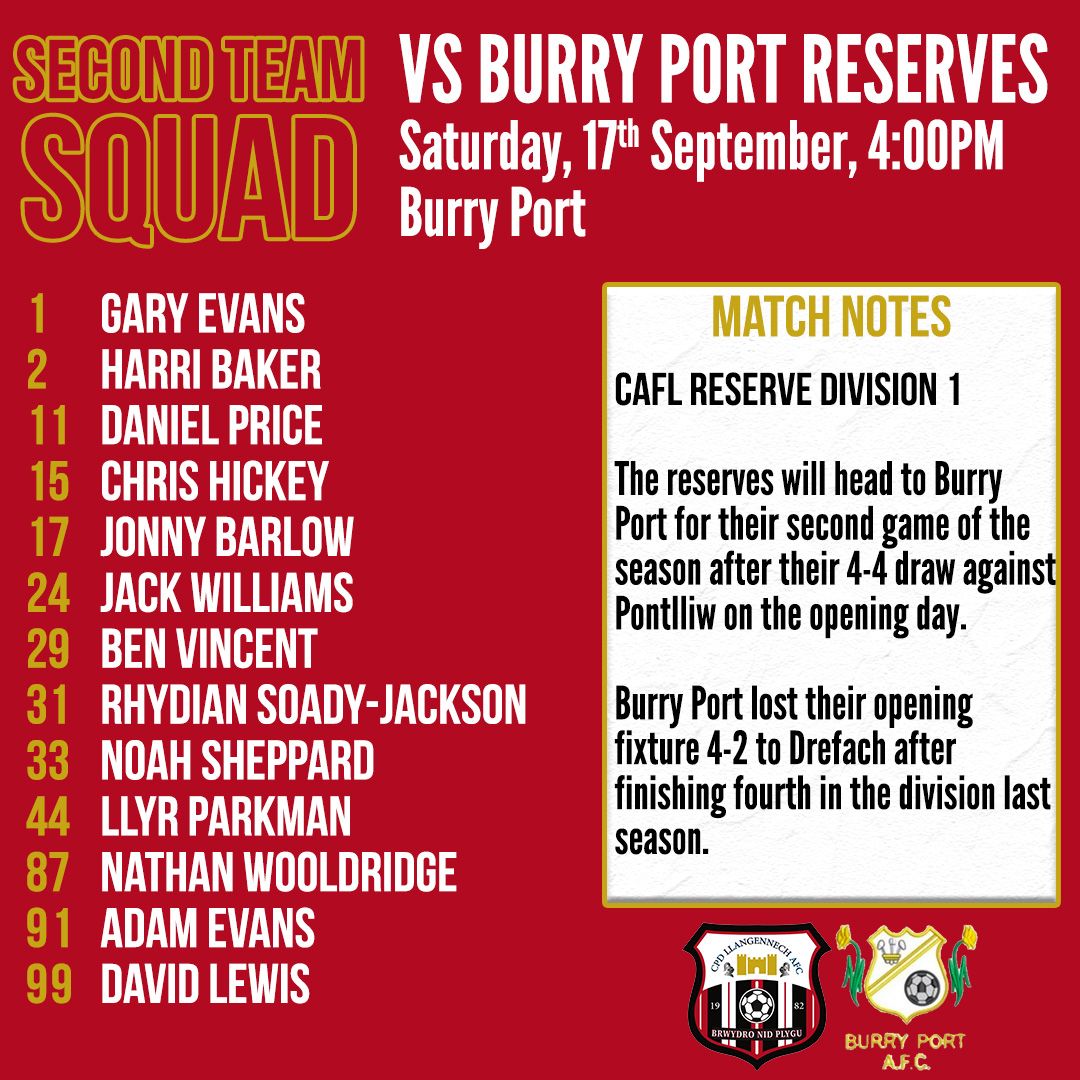 The Llangennech ‘A’ team are up against Caebryn in Penygaer tomorrow afternoon.

Both teams have been successful in their opening games as Llangennech beat Kidwelly in a 6-0 win, while Caebryn beat Crown Park Suburbs by 4 goals in a 7-3 win.

Last season, Caebryn finished 10th in Reserve Division Three while Llangennech finished 6th. Caerbryn came out on top in both meetings last season, winning 4-2 at the Llan Siro and 2-1 in Caerbryn.

Aled Davies has named a 14-man squad for the fixture:

The junior sides will get their league seasons underway this weekend.

The U11s boys have two sides this weekend, with one at a festival at Pen Rhos and the other at Cae Duke at 11:30 am on Saturday. The U11s girls will be going to a festival in Morriston at 10:30 am on Sunday while the U9s girls head to Morriston to play in their festival at 9 am.

Good luck to all our teams this weekend!