Llangennech Park currently plays host to all of CPD Llangennech AFC's teams.  The park consists of one football/rugby pitch, one cricket pitch and pavilion, one bowls green, one tennis court and a children's play area.  There is also a car park on site.

The recreation park has been in existence since 1904 after a former major land owner in the village, Mr David Evans had dedicated the land to the Parish Council in 1897.

In 1924 the park was extended to include tennis and bowls facilities. 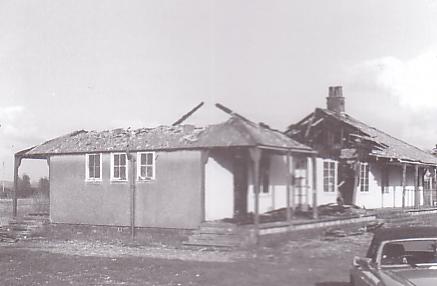 Little change was made to the Park facilities until on Sunday 23rd April 1978, a fire broke out in the cricket pavilion.  Nearly four years later on 27th February 1982 a new pavilion was officially opened.

It was around this time that the current Football Club came into being, and after decades of playing regularly at the park the club is now looking to secure a playing field of its own, in addition to this public facility.

The playing surface is currently in a poor state and is overused due to both rugby and football being played on it, however the recent establishment of the Llangennech & Bryn Sports Association (LBSA; Est. 2018) aims to address this on-going issue to improve grass-roots facilities within the community on behalf of all sports. The club has taken a very active interest in this and maintains a big influence on this issue.